Callaway came out with their XR irons and XR Pro irons for players who seek more ball speed and distance. In order to offer a combination of these features, the company successfully integrated a couple of impressive technologies into its XR irons. According to Callaway, their new XR iron is among the top 3 products that they have put out throughout their history. There are several reasons for that. 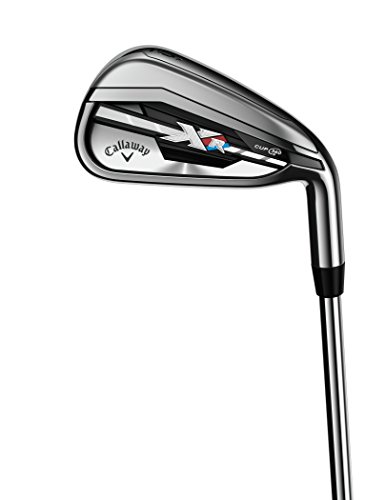 The main reason is the 360 Face Cup which is something that was only found in their drivers and fairway woods, but is now part of their XR cavity-back irons too. This key feature is what has allowed for better face thickness of the irons which generates greater ball speed on all the shots hit on the clubface. Moreover, the XR irons have been specifically designed to perform well on mishit shots that are hit low on the face. 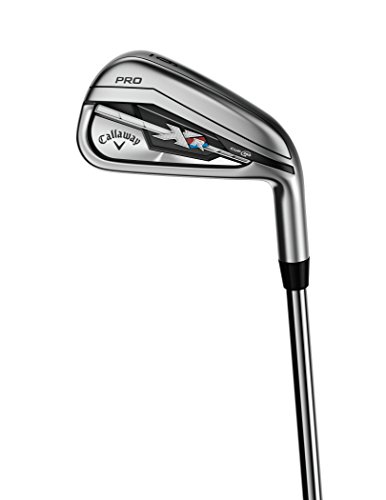 The offset is, however, quite a bit reduced in the XR Pro version. The overall feel of the irons is solid and particularly hot in the middle. The irons are available in both steel and graphite.

Callaway’s XR Irons have the 360 Cup Face technology which is known to increase the ball speed. It does so by allowing the entire face to flex more at impact, hence causing a spring-like effect. Compared to Callaway’s X2 Hot irons, the XR irons have the same shaft length and loft, but they are 12 yards longer thanks to the 360 Cup Face technology. Furthermore, the faces of these irons are more flexible and thinner and are also heat-treated for enhanced strength. The dual heat treatment ensures that the production is more precise than ever. There is also the Standing Wave technology that controls the CG and allows for greater space for the face to flex. The Standing Wave Technology is basically a weight slug inside the head that is also found in the XR drivers and fairway woods. These ultimate irons are more forgiving thanks to their redesigning and extra material that has been added to the bottom of the head, specifically in the toe. Therefore, the center of gravity position has been lowered. This weighting technique has also helped to give the face the freedom to flex, hence increasing the distance on shots off the entire face. Any shot with these irons will go straight to where you aim it. A vibration dampener in the toe improves the feel of the irons. Callaway’s XR Pro iron consists of the same technology but with a more compact head, a thinner topline, and narrower sole width.

Both the XR irons and XR Pro are designed using two pieces: a chassis and a face. Separating the two pieces allowed the engineers for giving the face varying thicknesses in different areas as well as redistributing the weight in the entire body. The facepiece wraps above the topline and around the edges of the toe into the sole. The irons exhibit a standout design that consists of a double white bottom groove for alignment. A thick topline and a smooth finish to the irons add to their good looks. The overall look of the irons is attractive and appealing.  You will find a fair amount of offset in these irons.

The cavity design of these irons, as well as their entire appearance, is quite improved as compared to the previous X2 Hot irons. The sharp click off the face in these irons is something that is new compared to the previous Callaway irons. This sound is kind of enjoyable, but may also be annoying to some players. The possible reason behind the clicking sound may be the two-piece construction of the head.

The clubs are longer compared to most game-improver irons found in the market. The XR irons are relatively a little stronger than the XR Pro irons. They can achieve a great distance for a variety of swing speeds including fast ones. All the previous Callaway irons including their Big Bertha line and X2 Hot irons have shown impressive distance stats. Therefore, it is no wonder that with the XR irons too, Callaway has been successful once again with this feature. The club is pretty much consistent and helps the ball go straight and far. The XR iron sets are sold for a market price of $800 – $900, while the XR Pro irons are sold for $900.

What year were the Callaway XR irons launched in?

These irons were launched in 2015.

What is the difference between Callaway XR irons and XR Pro irons?

While almost everything about both of these irons is the same, one major difference lies in the size.

In the XR pro irons, the head is smaller, the length of the blade is shorter, the topline is slightly thinner, and the offset is reduced.

What is the loft of XR irons?

The loft of these irons ranges from 18 degrees to 59 degrees for both men and women.

The Callaway XR irons are specifically recommended to those players who look for distance and forgiveness. The larger clubhead increased offset, and the face that wraps around the top and bottom of the club is all the good qualities about these irons. They have great playability, standout forgiveness and accuracy, a good distance control, and a lightweight and nice feel. The 360 cup face will definitely give you the added distance you need.

Hi there! My Name is Vincent Lago! My goal is to share insightful reviews, guides, and manuals for people desired to know more about golf. I have years of semi-professional golf playing. And now, I want to share my experience with you.
More
Previous Post

How to Play Mini-Golf?